While I was in New York last week I spoke at a fundraising event hosted by my friend and mentor, Alan Siegel. It benefited the The Pablove Foundation‘s Shutterbugs program—a photography workshop for children living with cancer, of which Jordan was an inaugural student back in 2011. I’ve written about the Pablove Shutterbugs Show and the impact it had on the Slayer. One of my goals last Thursday was to demonstrate that impact for the room of potential supporters. But as I prepared for the event I reflected on the role photography has played throughout Jordan’s Journey.

Dorothea Lange, the great depression-era documentary photographer, wrote “photography is taking a moment in time, altering life by holding it still.” Indeed, photography has helped us preserve moments in time, and it has altered our family life from the beginning of Jordan’s Journey.

Here’s a moment in time. The photo below is the Slayer one day before she was diagnosed with cancer.

Weeks before we took this photo, we’d had a series of meetings with Jordan’s kindergarten teacher, who noted acute changes in Jordan’s cognitive abilities. She was having a hard time remembering things. Her speech patterns were unusual. She couldn’t quite grasp or verbalize differences in basic shapes.

Then, a routine MRI revealed a surprising change inside Jordan’s brain—a mass of enhancements appeared in the scan. They covered the entire surface of her brain and spine. On the eve of surgery to biopsy and gather tissue samples, we took her to the playground and captured this shot. It’s hard for me to remember that little girl. It was a dozen years ago, which is why it is so precious to me that this moment in time is held still.

The photo below was taken by Jeanette while we were on vacation in Hawaii, a few months after Jordan began her first round of chemotherapy. She was actually doing quite well then. But for some reason, I started crying while she and I stood on the shore looking out at the ocean. I didn’t want her to see me like that so I turned to walk it off. Jordan, being a fun-loving six year-old, turned and started following me, walking in my footsteps. I caught on to her sport, gathered my composure, and then we made a game of it. My wife did what good photographers do. She waited for the right moment and captured a perfect memory. Perhaps more than any other, this image altered our lives because it became symbolic of the journey ahead. While it has often reminded me how important it is for me and Jeanette to be strong and set the right tone for Jordan, if I were to stage this photo it would be more accurate to have me walking in Jordan’s footsteps. She has always been the source of our optimism, strength and humor.

I wrote about the image below right after it occurred. It’s from Jordan’s Make-A-Wish trip to Orlando.

Jordan loves rock walls, but she could never really scale them because of the weakness in her legs. The year before this photo was taken she was completely wheelchair-bound, the result of a rare reaction to Vincristine, a fairly common chemotherapy drug. But Jordan re-learned to walk through intense physical therapy. And, on this day, she surprised us all when, engaged in an intense competitive rivalry with her brother, she willed herself up that wall and rang the bell. It’s a wonder that we were able to take the photos. Our eyes were so wet.

Finally, the photo below was taken in 2011, just minutes before Jordan was wheeled into the operating room for her riskiest surgery—one to remove a tumor growing on her spine.

We were told there was a 50/50 chance that the surgery alone would render her paralyzed from the waist down. But the risks of doing nothing with the tumor were far greater. As I captured this image, Jordan was losing patience. She wanted to “get it over with.” Her resolve humbled me then as it does now. When I look back on this photo I am filled with the same anxiety and tension that I felt then, but it is mixed with a healthy dose of pride and love for my daughter’s relentless fighting spirit. To me, this is an image of strength and courage. So, too, is the image below thatI caught 24 hours later. It’s of Jordan taking her first steps after surgery. 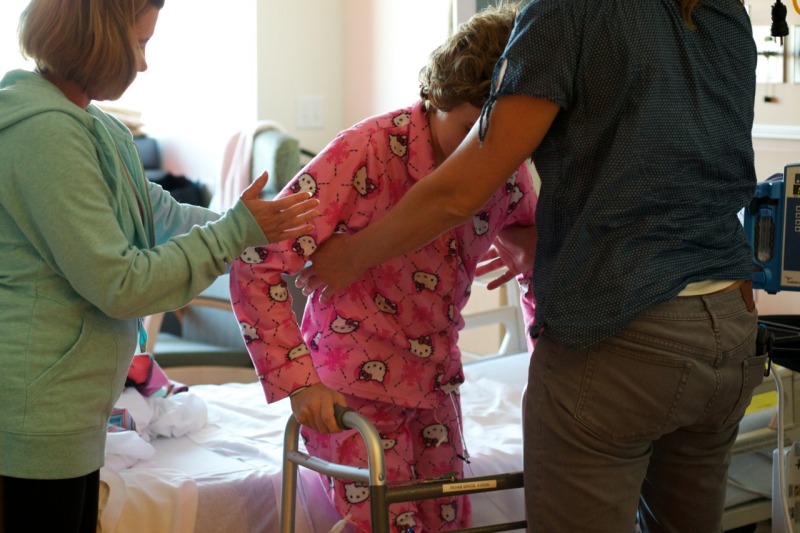 Photography has done more for us than help us keep a record of where we’ve been and what we’ve overcome. It has provided Jordan and I with an outlet to be creative, to work through emotions, to take our minds off of cancer-fighting and to play. I’ve posted many of our collaborative sessions over the years. Jordan is always more than willing to be the subject in my experimental setups and portrait concepts. She truly is my muse. The photos below illustrate. 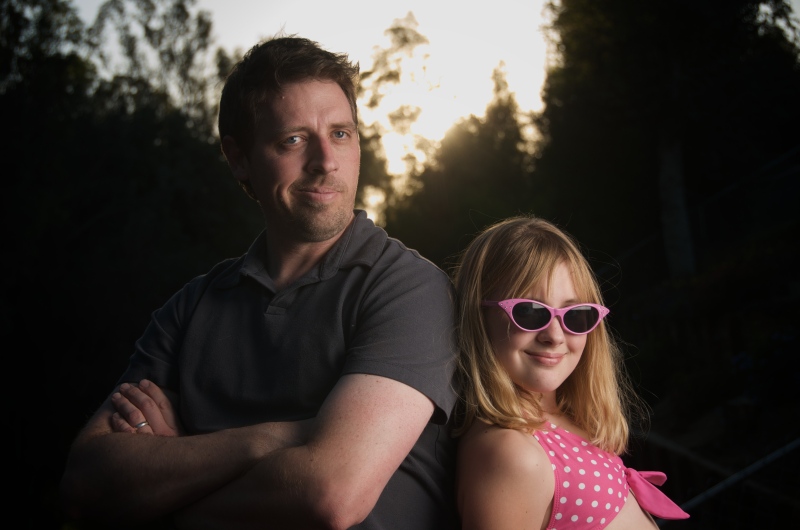 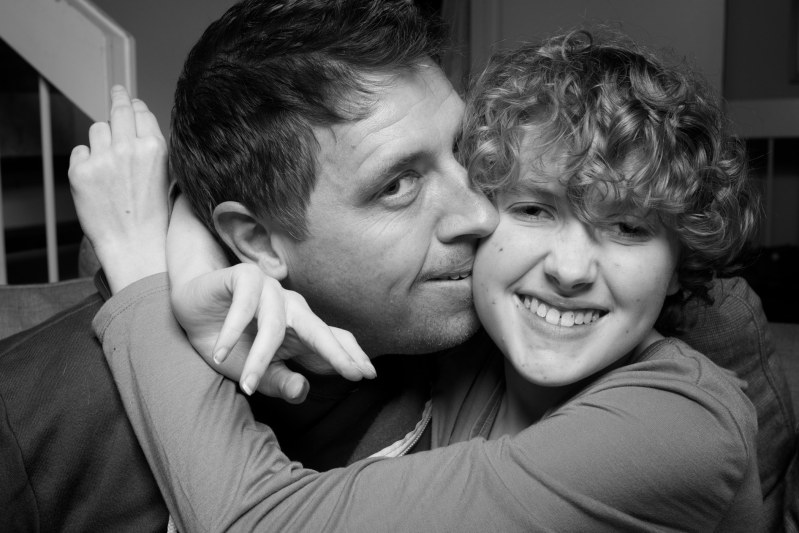 But one project stands out from the rest because it actually helped us work through a cancer issue together. It was staged shortly after Jordan began radiation therapy.

In the photo below, you’ll notice purple lines on Jordan’s face. These were drawn by radiation technicians. They ensured that Jordan’s body was perfectly aligned on the equipment. The radiation beam had to hit a precise spot in order to be effective.

At first, Jordan thought it was hysterical that someone would write on her face. That is, until she learned that the lines had to stay there for 40 days of treatment. Then, she was devastated—despondent at the thought of going to middle school and facing her classmates with these strange and unflattering markings.

That’s when I suggested the War Paint Session. I told her we should do some portraits, but rather than hide the markings we should make more. She was going to war against the tumor. And like all the great tribal warriors around the world, she needed to paint her face for the battle. With the help of some very generous partners (a makeup artist, hair stylist, and studio owner) we captured the images below. This was therapy through photography. Jordan felt beautiful and strong. It was a day I will never forget. 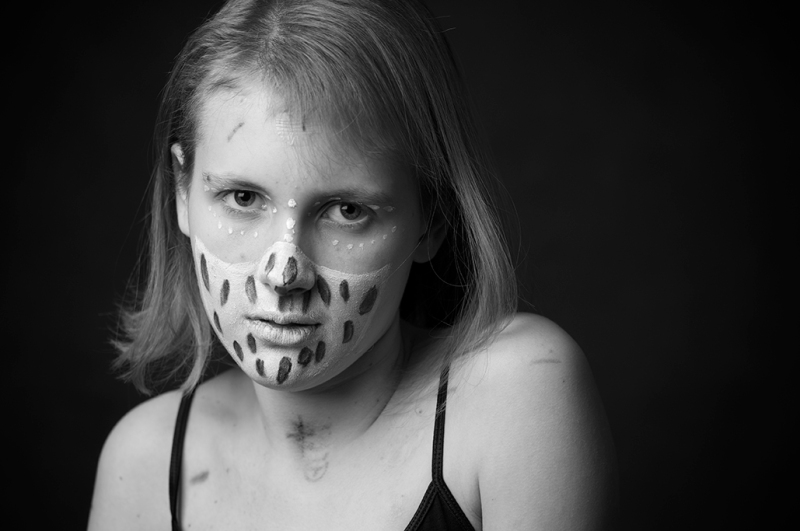 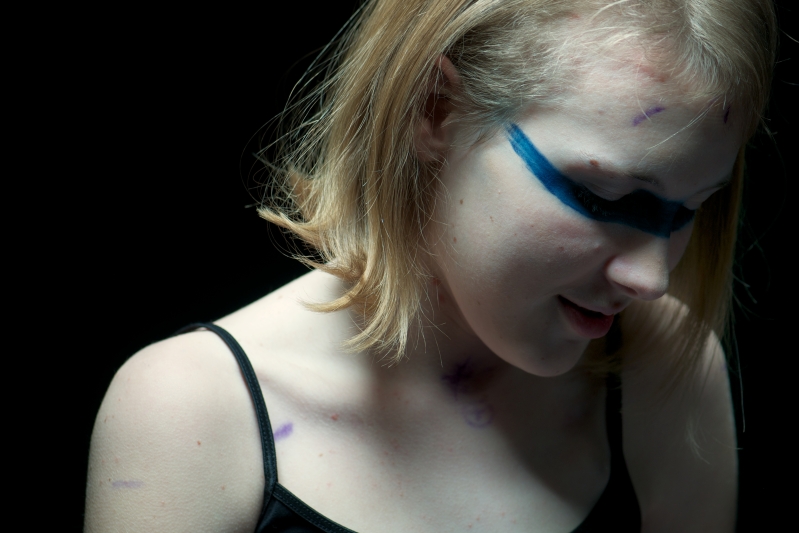 Jordan’s participation in Shutterbugs delivered the greatest gift of photography on our journey. It empowered her. So much of Jordan’s experience with cancer has been the exact opposite. She cannot control what is unfolding in her body. She certainly couldn’t control all the treatment decisions we have made for her, nor the actions of her care teams. Childhood cancer can easily disempower children.

But Shutterbugs gave Jordan one thing that she could completely control: the images that she captured through photography. She received a camera and got assigned a mentor—Kate—who taught her valuable lessons on light and shadow, perspective and color. You see, Jordan didn’t just receive a great tool. She received insight and instruction. She learned how to use her camera to express herself and show the world what she imagined in her mind’s eye. 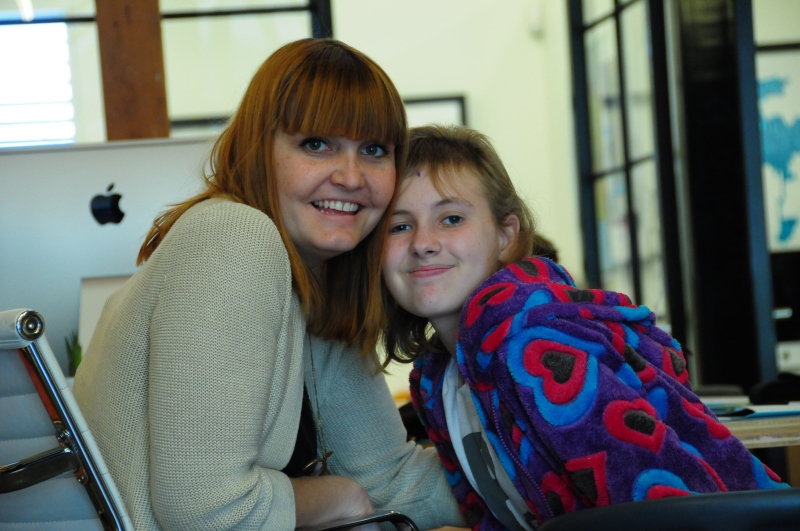 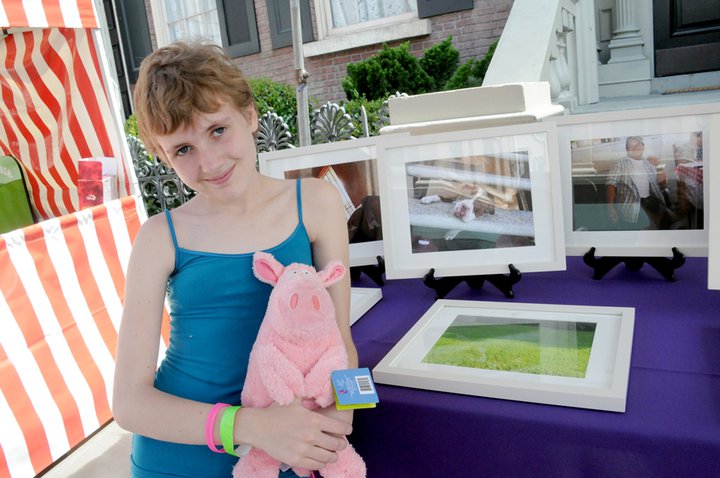 As I wrote in 2011, when the program came to an end Jordan’s work was featured in a gallery show in Culver City. Two of her prints were displayed for the public. She walked joyfully down a red carpet, granted interviews with the press about her work, and relished a special day where she wasn’t celebrated as a cancer fighter, but instead as a creator.

Altering life by holding it still.

We can never know what the future holds. Photography has altered our life by helping us savor the preciousness of each new day. It has encouraged us to reflect on moments in time that delivered us today. And it has enabled Jordan to develop her own creative voice—to express herself on her terms—through the power of the shutter and the truth of the lens.

This site uses Akismet to reduce spam. Learn how your comment data is processed.